As the game title suggests, Hype is the game's protagonist and the champion of the kingdom. He is 22 years old. By protecting the king's throne with his sword of peace he just had obtained from Queen Lyzothe, Hype was transformed into a statue and banished into the era of Taskan I by dark knight Barnak who wants to usurp the crown himself. Hype wants to revenge him and free the throne of Taskan IV but therefore needs to get back to the future and especially out of his statue that appeared outside alchemist Gogoud's manor.

What would a medieval game be like without an evil antagonist or rather without a dark knight? So in Hype - The Time Quest there is a banished god called Barnak whose companion is dragon Voydh. His armour is overall black with a purple cape. He is leader of the dragon knights, has also a serrated but black sword like Hype and supernatural powers you should be aware of. While celebrating the end of the civil war that was caused by the legend of the black knight, Barnak invaded King Taskan IV fortress with the intention to usurp the crown himself. As Hype tried to stop Barnak, he transformed Hype into a statue and banished him 200 years into the past.

Vibe's name sounds similiar to Hype ones and this actually has a connection. For, Vibe and Hype are engaged to be married. She is 18 years old and the niece of King Taskan IV. After black knight Barnak invaded the kingdom of Torras, Vibe hides at the inn to lead the resistence against him several survivors of the brigands belong to.

Gogoud is an unskilled alchemist who dreams of an own knight as he finds you as a statue in his garden. He would like you to take care of it. Besides, he comes along with you over all four eras and does some research not just on your person but also on finding a way how to travel through time. After some training to reestablish your combat skills he will teach you how to use magic and hands over your first spell. Following, he grants you access to the forest so that your adventure can start.

While experience the era of Taskan II Gogoud has become a true magician whose life span was extended due to Rajoth's experiments on him in the laboratory.

Because Barnak gets to know that Hype will arrive into the future, Gogoud suggests you to steal the three almanacs characterising Hype in order to rewrite your story so that it tells Hype's death during a fight with the brigands on his quest.

In the era of Taskan IV Gogoud becomes transcendent and therefore the guardion of time as a reward from the gods for being a great help for Hype to recur to his original era. Gogoud's spirit appears in the room of the champion. 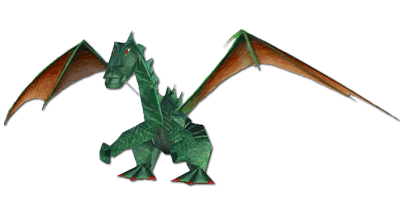 Although, Zatila hates humans and their avarize you will make friends with each other. He lets you fly on him to charge the jewels you need to travel with through time after handing over the first dragon's breastplate to him. Moreover he gives you advice and accompanies you until the end of the game. In the era of Taskan III Zatila becomes the guardian of the Jewel Room keeping the Jewel of Virtue. With help from Zatila you can enter the black tower. 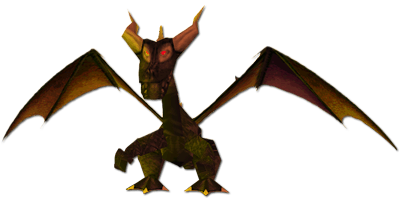 Voydh is an evil and insidious dragon who can talk making him the convenient companion of Barnak. He is the second last boss. After his collapse, Voydh will be shrinked down to toy size by Barnak.

King Taskan I, founder of town of Torras, thinks of Hype he were a spy from the monastery Taskan is in conflict with. Therefore, he gives the order to put you in jail to save the breastplate of the first dragon after he found out that the monastery stole the Royal Jewel from him.

As you may have noticed that you will not face Taskan II who is open to foreign knights, here is his successor King Taskan III. He arranges a secret gathering between adviser Enost, Hype, and him to talk about the civil war. On account of the strict secrecy Taskan III's guards do not know of the meeting and will assail you.

Taskan IV is Hype's king who reigns the fourth era. Together with his friend Bhobard, Hype protects the king's throne. At the ceremony celebrating the end of the civil war Hype has been liable to black knight Barnak's power who usurped the crown. Taskan's colours are inspired by Hype's armour. As Prince Taskan was a children and being hidden in the monastery because of the civil war, he could meet Hype who came from the past.

Lyzothe is the wife of King Taskan IV. At the ceremony of the end of the civil war she gives to Hype the sword of peace which is golden and serrated. Not much later, Queen Lyzoth together with her husband will be captured in the fortress' dungeons by Barnak. 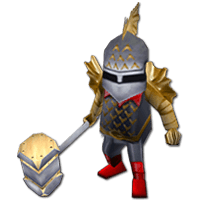 It will take time until Senekal will respect you. He is a gladiator of the field of courage and in addition its gatekeeper. You will only let be in with a signed pass. Due to his near death through drowning and his subsequent rescue by a monk, he lays down arms and becomes himself a monk. He will later protect young Prince Taskan IV from the civil war.

Karon is the first leader of the brigands you get to know. Due to robbery she was captured in the dungeons of the fortress. Because she escaped from there a couple of times a bounty of 8000 plastyks has been placed on her. Architect Bolduk is Karon's father whereas Terryo is her husband and Nohlin her daughter. For travelling back into the past in order to bring Bolduk to construct a secret entry to the treasure room of the field of courage, Karon will give you an imitated pass for accessing it and the brigands' insignia making Hype the ally of the brigands. From that point on, no brigand will attack you anymore.

Nohlin is daughter of Karon and Terryo, and therefore granddaughter of architect Bolduk. As successor to her mother she is leader of the brigands in the era of Taskan III. She falls in love with Hype as she meets him in the forest which makes her stay in the brigand village although the dragon knights hi-jack it in the era of Taskan IV. There she was let alive because of the dragon knights thinking she would be a confused old woman.

Rajoth is an evil wizard who can be first seen in town of Torras in the era of Taskan I as he is a children but he will not increase in size. There he is bored of knights and therefore wants to be a magician. He becomes the head magician of the laboratories in the era of Taskan II where he imprisons several sorcerers including Enost in order to learn from them how Hype is able to time travel. Gogoud who is also kept by Rajoth was unintentionally offered a longer life due to Rajoth's experiments on him. Rajoth's sceptre is the reason why armours come alive. He banters Hype to fight against him in the fire of hell conjured in his astrolable. There Rajoth built a planetarium showing all planets and the sun and keeps a puzzle. If it is solved an ice spell will be released you need to free Gogoud from his fire prison.

While in the laboratories of Rajoth you have to free Enost from prison. He is thankful and disappears. Before using his powers for Barnak and building him a dark tower, he is the advisor and magician of good King Taskan III. Later on he studies Hype's past and writes one of three existing almanacs you must steal in order to rewrite your history. Furthermore, he will invent a magic armour in order to extend his life.

Rave is a female knight who conveys a message to Hype from King Taskan III. She was kept in the secret room by Gogoud who suspected her. Further along the line she recurs in the room of the champion.

Drareg represents a god in the lost city you will only see once close to the end of the game in the era of Taskan IV. He motivates you to keep on your way and hands over to you the Jewel of Gods offering you powers equal to black knight Barnak.